By taking this course, you'll be able to learn self-mastery, manage your emotional health, and practice the three principles of the Theory of Enchantment to build holistic, transformational relationships with others -- even with those you find disagreeable. 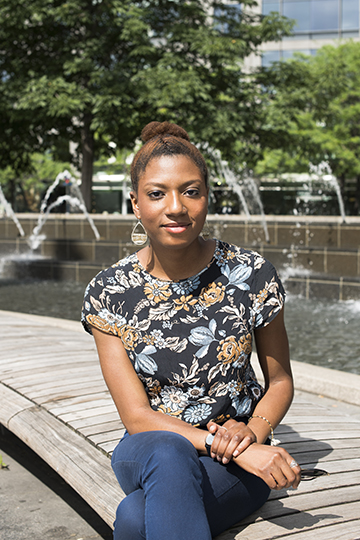 While spending one year as a Bartley fellow at the Wall Street Journal under Bret Stephens, Chloé Valdary developed a theory of change called the Theory of Enchantment, a framework of conflict resolution and interpersonal change rooted in themes found in pop culture. Since then, Chloé has lectured on this theory in communities around the world, teaching how to bring about conflict transformation and reconciliation in previously polarized spaces.

Now, Chloé is taking ‘ The Theory of Enchantment’ from the non-profit sector to the corporate world. Combining the psychology of persuasion with profound insights from household names in pop culture, the ‘Theory of Enchantment’ is a philosophy that can help communities navigate an increasingly polarized world and help tap human potential along the way.

Over the past two years, Chloé has toured around the world and lectured at several universities, including Harvard, Georgetown, and Columbia. She has also published op-eds in the New York Times, Atlantic Magazine, the Wall Street Journal and Commentary Magazine.

When does the course start and finish?
The course starts now and never ends! It is a completely self-paced online course - you decide when you start and when you finish.
How long do I have access to the course?
For gold subscribers, you'll have a year's worth of access! For premium subscribers, how does lifetime access sound? After enrolling, you have unlimited access to this course for as long as you like - across any and all devices you own.
What if I am unhappy with the course?
We would never want you to be unhappy! If you are unsatisfied with your purchase, contact us in the first 30 days and we will give you a full refund.
off original price!